Walter William Capper was born at Castle Bromwich, Warwickshire, England possibly in 1772. He was baptised at Castle Bromich on 27 December 1772. Williams's parents were Peter Capper (1713-1786) and Mary Harrison (1734-1787). Peter and Mary were married on 20 February 1765 and Walter was the youngest of four children from that marriage that we know of - the others being Francis Hall Capper (1766-1794), Mary Harrison Capper (1768-1787) and Eliza Capper (b1770). His father had previously married Mary Sharpless who died in 1760, so he also had three older step-brothers and one step-sister.

On 31 August 1795, Walter married Catherine Barker (1775-1840). Catherine's family were from Lichfield, Staffordshire and they were married at St Mary's Church, in that town. 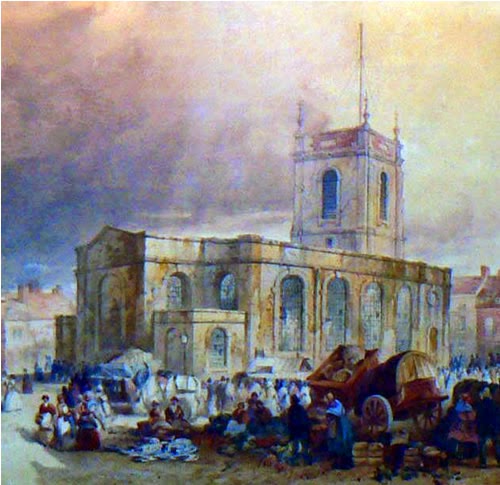 In 1797 Walter was elected as a Governor of Warrick Grammar School - one of 20 governors. The school is thought to have been established in 941 and is the oldest school still operating in England. Maybe Walter attended this school.

In 1832 Edward Peter Capper and his family arrived in Sydney, Australia. They settled in Maitland and established the department store - E P Capper & Sons which proved to be a very successful family business. 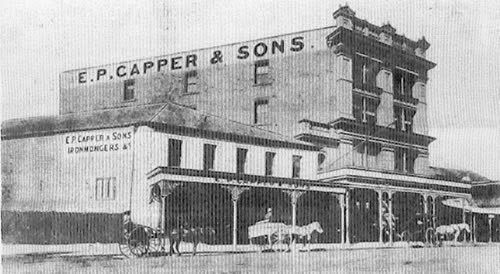 Catherine Mary Capper married Henry John Mant, a solicitor in Bath. Their eldest daughter, Catherine Ellen Mant, with her husband, John William Hillcoat, travelled to the colony of South Australia in 1852 but later settled for a time in Maitland, New South Wales, possibly because Edward's family was already established there.

Walter was not only interested in running his business. He also was interested in gardening, especially growing vines  and published Anatomy of the Vine as a series of articles in the Gardeners Magazine in 1830 over three issues - February  pages 12-15, April pages 131-139 and June pages 257-269. The Dublin Literary Gazette 5 June 1830 described his article as exhibiting 'a degree of patient examination and research on behalf of the author, rarely met with even among physiologists; his remarks upon that useful root the potato, now become an abosolute necessary of life, are extremely useful.'

A copy of the Gardners Magazine can be viewed in Google Books.  Anatony of the Vine was also published as a 59 page book in England and later translated into French where it was published in 1832 as Memoire sur l'anatomie de la vigne tranduit de l'Anglais et publie par M V De Moleon. The French version of the book was republished in 1839 and copies can be found, according to WorldCat, in eight libraries in France as well as via a few online booksellers.

Walter must have been a successful businessman as documents in the Birmingham Archives show that he set aside considerable sums of money for his children.

In his later years Walter and Catherine moved to Bath.

Walter William Capper died on 15 October 1834 at Eckington Vicarage in Derbyshire. He would have been visiting the family of his daughter, Louisa, and her husband, the Reverend Francis Duncan Gilby, who was vicar at Eckington. Catherine died in 1840.

Walter and Catherine were my great (x4) grandparents.
Posted by Vicki's Blog at 22:23