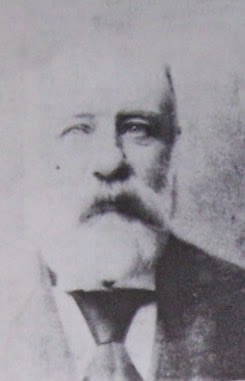 The Hillcoat family lived in Bath where the Rev. Hillcoat was the incumbent of St Mary's Chapel, Queens Square, although there was a dispute for many years regarding who had the right to conduct services. The 1841 census shows the family members - Henry (clergyman), Catherine, Henry and John - living at Chapel Row.

On 26 August 1848, John William Hillcoat married Sarah Anne Collins at St Mary's Church Bristol. In the 1851 census John was living at 13 Ashley Road in Box, a village near Bath. His occupation was listed as Fundholder - someone who received an annual sum of money from an investment. The other person listed as living in the house was his groom. John's wife, Sarah had died in the middle of 1850. A son, John Henry Edwin Hillcoat, was also born in 1850 with his death is recorded in the same year.

On 8 November 1851 John and Catherine left England for Australia aboard the ship, Adelaide, arriving at the Port Adelaide on 1 February 1852. Aboard the ship they met Mr Alexander Grant whose family owned land in the Gawler area including the property Tyeka. The Hillcoat family stayed with Mr Grant on his property for a while before leasing for twelve months another property, Tenafete, owned by Mr Grant. Finding farming not a particularly successful pursuit, in 1854 John Hillcoat began dealing in cattle and sheep. An article in the South Australian Register 30 May 1856 confirms the issuing of Depasturing Leases for fourteen years to a number of recipients. One lease was in the name of P E Warbuton and J W Hillcoat for 18 square miles at an annual rent of £9. John had formed a partnership with Major Peter Edgerton Warburton - there was a family connection as Major Warbuton had married Alicia Mant, the sister of Catherine's father. The commencement of the lease had been from January the previous year and the land was used raising and selling cattle, sheep and horses. The property may have been known as Stradbroke. This arrangement only lasted until October of 1856 when articles in Trove show that a Mr J W Hillcoat was declared insolvent. A number of articles show cases where J W Hillcoat was trying to obtain money from other insolvents. Over the next few years furniture,  produce, land and any other assets were sold to pay off creditors. The final advertisements appear in the South Australian newspapers in October 1865. One newspaper article in December 1864 about the case noted that the insolvent had long left the colony.

The family appear to have left the colony of South Australia at the end of 1857 or early 1858 and returned to England. In June 1858 Ethel Maria Hillcoat was born at 40 York Terrace, Everton, Liverpool, the address of her grandfather Rev. H B W Hillcoat. They returned to Australia in 1859, this time to the colony of New South Wales. They settled in Maitland where Catherine's uncle and his family had established a successful retail business - E P Capper & Sons.

From September 1859 advertisements appear in the Maitland Mercury and Hunter River General Advertiser advising of the proposed establishment of a school for young ladies by Mrs Hillcoat at Box Cottage, Devonshire Street. Subsequent issues of the newspaper include advertisements showing the development of the school and term dates.

It is not known what John Hillcoat was doing during the first couple of years in New South Wales but on 23 August 1862 the following advertisement appears in the Maitland newspaper - MUSIC— Vocal and Instrumental—for Sale J W HILLCOAT, Devonshire street, W Maitland. John had now established a new career.

MUSIC ALWAYS ON HAND
MR J. W. HILLCOAT begs to acquaint the gentry, principals of schools, resident governesses, and the public, that he is prepared to EXECUTE THEIR ORDERS for all kinds of MUSIC-Classical (ancient and modern), Sacred (vocal and instrumental), fashionable and popular Dance Music, &c.-and respectfully solicits their patronage. New Music received by every mail from England. Country orders promptly attended to. High-street, next to Thomas', Printer, West Maitland.

Over the months the business expanded as this advertisement in January 1863 shows:

As well as selling music John produced a regular publication -

THE MAITLAND MUSICAL BIJOU
ON WEDNESDAY, 4th, the FIRST NUMBER of the above Publication will be issued.
No 1 - "THE NIGHT PARADE WALTZES," Dedicated to Lieut. Wolfe and Officers of the W. M. Volunteer Rifles, Composed by Marmaduke H. Wilson
Published by J. W. HILLCOAT, Music Seller and Stationer, High-street, West Maitland.

The family was on the move again, this time to Gympie in Queensland. Gympie was experiencing a goldrush and articles in Trove from September 1868 show that John William Hillcoat was supervisor at Trelkeld's where they were crushing ore from a number of reefs. By January 1871 he was manager of Hope Machine at Black Creek. In a letter to the newspaper concerning information provided in a previous article John wrote - 'I am erecting a plain cottage of three bedrooms and a sitting room, just large enough to contain my family (eleven in all), having no pretension in any way to an architectural elegance, and at the very smallest possible outlay'. 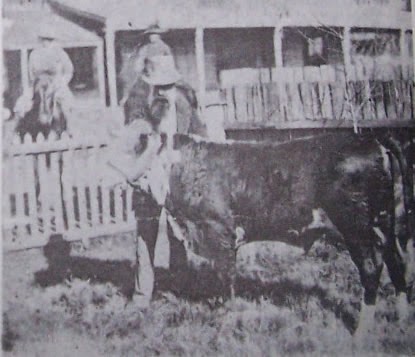 The money that John Hillcoat now earned allowed him to purchase two properties in the Gympie area - Ashley and Wodonga.  He now returned to farming and the land was passed on to family members. John had some success showing cattle from his property at the Gympie Agricultural and Pastoral Society Annual Exhibitions. John William Hillcoat appears to have made two other trips back to England, returning to Australia in 1874 and 1886.

Eventually John and Catherine moved to Sydney to live in a house named Ormah. John William Hillcoat died on 17 February 1907 and was buried at Gore Hill Cemetery the following day.

John William Hillcoat was my great (x2) grandfather.
Posted by Vicki's Blog at 17:34