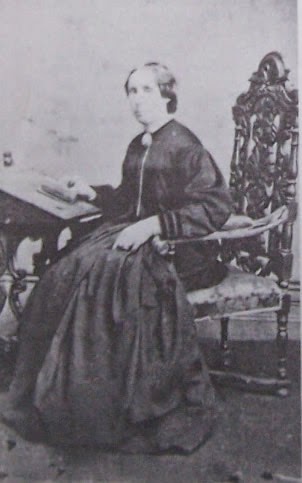 Catherine Ellen Mant was born in Bath, Somerset, England on 8 December 1827. She was the eldest daughter of Henry John Mant and Catherine Mary Capper. Her father was a solicitor in Bath. Census records show that the family lived in villages close to Bath - at Shrub Hill House, Box in 1841 and Middle Hibb House, Ditteridge in 1851. Catherine was 23 at the time of the 1851 census which shows that three of her sisters were listed as 'scholar at home' and were listed with their father. However the 1851 census shows other children living with their mother at Shrub Hill House in Bath. The family therefore appeared to have more than one residence in 1851. The two locations were not far from each other. The census indicates that the children all received an education.

On 30 March 1851 Catherine married John William Hillcoat in Bath. On 8 November 1851 Catherine and John left Plymouth aboard the ship, Adelaide, for Australia, arriving at Port Adelaide on 1 February 1852.

Catherine and John spent five or six years in South Australia where John experimented with farming opportunities, particularly raising and selling cattle, sheep and horses. Catherine gave birth to four children during this time - Catherine Anna Louisa Hillcoat (1852-1907), Henry Edgerton Hillcoat (1854-1919), Georgina Fanny Alicia Hillcoat (1855-1942) and Arthur William Mant Hillcoat (1856-1943). The family then returned to England, possibly at the end of 1857 or early 1858. In June 1858 Ethel Maria Hillcoat (1858-1943) was born at 40 York Terrace, Everton, Liverpool, the address of her grandfather Rev. H B W Hillcoat. As John William Hillcoat had been declared insolvent in South Australia it was possibly a wise move to leave the colony and start afresh elsewhere, so when they returned to Australia in 1859 the family settled in New South Wales.

The family's new home in Australia was at Maitland where the family was to make a new start. On 17 September 1859 the following advertisement appeared in the Maitland Mercury and Hunter River General Advertiser advising of the proposed establishment of a school for young ladies by Mrs Hillcoat.

EDUCATION.
MRS. HILLCOAT begs to intimate to the inhabitants of Maitland and the neighbourhood that it is her intention to OPEN an ESTABLISHMENT for the EDUCATION of YOUNG LADIES, at her residence, Box Cottage, Devonshire-street.
The course of instruction will comprise the usual branches of an English Education, with French, German, Music, Singing, Drawing, and Dancing.
Terms per Quarter:

Payments to be made quarterly in advance; and a quarter's notice will be required previous to the removal of a Pupil.
The duties of the School will commence on the first Monday in October, 1859

Subsequent issues of the newspaper included advertisements showing the development of the school and term dates until 1868 when the family relocated to Queensland.

In the Gympie area John became involved with goldmining companies and then purchased two properties. One more son, Harold John Burke Hillcoat (1869-1939) was born. In 1871 John described the home that was being built for his family as  'a plain cottage of three bedrooms and a sitting room, just large enough to contain my family (eleven in all)'. Later the family would have moved into a homestead on either Ashley or Wodonga.

Catherine and John eventually moved to Sydney, probably to Longueville on the Lane Cove River, where they lived in a house named Ormah in Sydney.

Catherine died at Longueville on 7 June 1903.

Catherine Ellen Mant was my great (x2) grandmother.
Posted by Vicki's Blog at 16:41