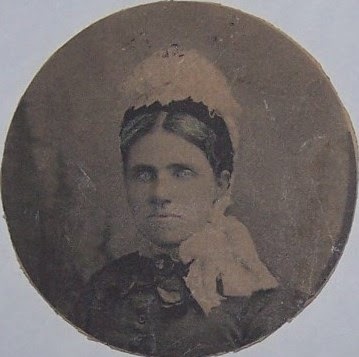 Jane Cox was born in November 1838 at Old Court, Cork, Ireland. Her death certificate states that she had lived in Australia for 45 years so she would have been four or five on arrival. Her father's name was William Cox.

Jane was twenty when she married William Clifton Weston on 11 May 1859 at the Wesleyan Church at Sofala.  She had been living at Sofala before she was married. Gold had been discovered at Sofala early in the 1850s and although, after a few years, many of the miners had moved on to new strikes, Sofala became an active goldmining area again towards the end of the 1850s.

Percy Weston became an auctioneer and landowner in Orange and at one time was president of the Wellington District Racing Association. Mary Weston married Herbert (Bertie) Henty Balcombe in 1907. Bertie had originally married Margaret's sister, Ida Weston who had died in 1901. Edith Weston married Henry (Harry) Seymour Blake in January 1888. Harry was Manager of Australian Joint Stock Bank, Deniliquin. Annie married George Hutton in 1889. Jack was an officer in the A J S Bank including several years at the Forbes branch. He suffered from consumption for eight or nine years and for the final three years of his life lived with Percy's family in Orange. Clive worked in the Civil Service and was an assistant clerk in the Petty Sessions Office at Balmain before leaving Australia for the Boer War.  He also served in World War I but was suffering from shell shock when he returned home and committed suicide. More details can be found in the Exploring Military History blog - posts Clive Condor Weston part 1 and part 2.

William was a surgeon who worked for the civil service as a coroner and later took on additional government responsibilities. Initially William's work took the family to Rylstone, then to Kiandra before settling in Coonamble where the last six children were born. Their home at Coonambe was called, The Willow. In 1876 they moved to Hill End for a short time before finally moving to Parkes. Their home in Parkes was The Pines.

Towards the end of 1887 Jane developed a pelvic abscess and nine weeks later on 11 February 1888 she died at her home. Jane was only 49.

The Australian Town and Country Journal 18 February 1888 paid the following Tribute to Jane:


OBITUARY.-I regret having to record the death of Mrs. W. C. Weston, wife of our efficient C. P. S. The deceased lady was much liked for her unassuming manner, great kindness, and consideration for all. She will be missed by numbers outside her own family and circle.