Jean Hutton, born in London, England, probably in 1800, was the eldest daughter of William Charles Hutton and Eleanora Read who were married in Calcutta, India, on 3 October 1799. Captain William Charles Hutton was in charge of the ship, the Lord Nelson, that disappeared during a storm in November 1808. When William wrote his will on 31 March 1806 he left his effects to his wife and daughters, Jean Eleanora and Mary, and any other subsequent children.

William and Eleanora had four other children - Margaret Mary Hutton who was born and baptised in 1803 and possibly died when a young child as she is not mentioned in her father's will, Mary Hutton who was born and baptised in 1805, Thomas Hutton (1806-1824) and Charles Hutton (1809-1879). The two boys enlisted in the East India Company Army. Thomas, an ensign in the Bengal Infantry, was 17 when he died in India on 3 December 1824. In 1825, Charles applied for a cadetship in the East India Company Army and spent time in India before leaving the army to settle in Victoria. He was involved in the early settlement of the colony and owned a number of properties including the Campaspie Plains Run near Heathcote. He went back to England in the 1860s and then returned to Victoria to live in Brighton in 1872. 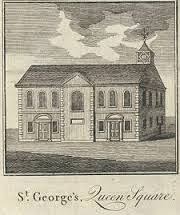 On 21 November 1800, Jean Eleanora Hutton was baptised at St George the Martyr Church, Queen Square, London. The next we hear of her was when she married George Mackillop on 8 September 1820 at St John's Church, Calcutta (Kolkata), India. The church was one of the first buildings constructed by the East India Company in Calcutta and for many years served as the cathedral. 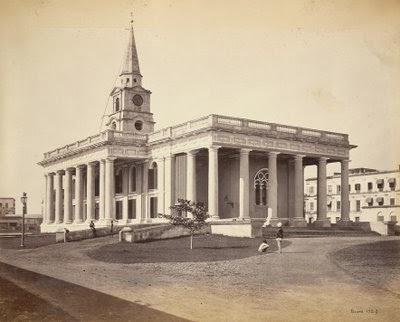 In Hobart the family owned a large house in Davey Street. The advertisement  in the Hobart Town Courier 3 February 1837 p 1 for the sale of the house provided the following description:


The first story consists of a drawing room 29 by 16 feet, a parlour, with store closets attached, a dining room, bed room, a butler's sleeping room, pantry and kitchen. The second floor consists of 6 large bed rooms, a dressing room, store room and water closet; and over these are three attics for servants, &c. In the out offices are a scullery, attached to the kitchen, a store room, hay loft, stable, coach, pig and hen houses &c.

The garden is of excellent soil, and is well stocked with fruit trees, now in full bearing.
The premises have been fitted up with every attention to the comfort of a large family, and are now only to be sold on account of the proprietor being about to leave the island.

The property took several years to sell as it was advertised for sale again in 1839 and advertisements for the contents of the house appeared in February 1840. The delay in selling the property may substantiate the view that George later related to family members that he returned to the United Kingdom as he believed there was no future in the colony.

The death of Jean and George's eldest son, fifteen year old George Downie Mackillop, in Hobart two months before the property was first put on the market may also been a consideration on the family's decision to leave the colony.

Initially the family returned to their home in Edinburgh, Scotland where their names are recorded on the 1841 Scottish census. The 1851 English census has the family living in Bath at 26 Grosvenor Place. The townhouse comprised of three storeys plus a cellar and would have had facilities for a carriage at the rear of the property. The census showed that the family employed a cook, parlour maid and a hand-maid. Georgina was the only child living with their parents when the census was taken.

In the mid 1850s Jean and George were looking after three of the children of their daughter, Eleanora Hutton, who was in India with her husband who was serving in the East India Company Army. It was normal procedure for British families India to send the children back to England to be cared for and educated.  In October 1855 Jean wrote a letter to Eleanora providing information about the children - George who was five and who had stared his lessons that morning, Jeannie who was almost four and who had a 'fancy occasionally for doing what she is told not to do' and Baby (Eleanora) who was one and was teething. The letter mentions Nurse who looks after the children and who had sewn new dresses for the two girls. Jean and George had recently returned from visiting Paris for eleven days and Jean commented that 'I think the change and rest from household affairs has as usual done me good'. While they were away Bessie came and helped to look after the children. The letter also provides an insight into the social niceties of the time as Jean also described a 'wedding visit' that she and George made to newly married couple.

In 1857 Jean and George received the news that their son, John Robert Mackillop, had been killed during the Siege of Cawnpore during the Indian Mutiny. He was working in the Bengal India Civil Service and was Joint Magistrate of Cawnpore at the time of the siege.

Jean Eleanora Mackillop was my (x3) great grandmother.
Posted by Vicki's Blog at 20:31