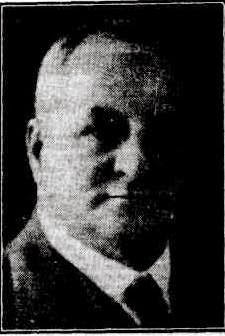 James Campbell Thom was born in Dunoon, Scotland in 1863. Dunoon is situated on the Cowal Peninsula, north west of Glasgow.  It is on the Firth of Clyde to the west of Loch Lomond. James' parents were William Thom, a merchant, and Agnes Campbell Black. William Thom was a biscuit manufacturer who was drowned in the English Channel while on a business trip to France.

According to his obituary (in the Sydney Morning Herald Friday 2 August 1929) James attended the Langside Academy in Glasgow. Langside Academy was built in 1858 to educate young ladies and young gentlemen and was located near Langside Wood. After the death of his father the family travelled to Australia, possibly in 1877, when James was about 14. In Sydney he attended the University of Sydney where he studied Law.

James had a varied and busy career. Initially he worked for the legal firm of Spain and Sly and when the partnership was dissolved he continued working with Dr George Sly. In 1887 James and his brothers William Thom and John Stuart Thom established a legal firm that was later known as J Stuart Thom & Co. In 1893 James left the firm to become the first Solicitor for Railways in New South Wales, a position that he held for 10 years. However an advertisement in the Sydney Morning Herald (12 August 1893) shows that he did not officially resign from J Stuart Thom & Co until 11 August 1913. James' next career move after working for the Railways was to return to private practice as a solicitor this time working at the firm of Piggott & Stinson. James completed graduated with a BA from University of Sydney in 1910 and some years later temporarily retired from being a lawyer to take up journalism. On 23 February 1928 James made another career change when his name was removed from the roll of solicitors and instead he was admitted as a barrister of the Supreme Court.

James was also involved with the military forces in New South Wales as illustrated in the following report from the Sunday Times 24 May 1896.It was notified in the Government Gazette of the 19th inst. that Captain James Campbell Thom (Second Infantry Regiment.) had been promoted to the rank of Major. Major Thom (who, by the way, is Solicitor for Railways) obtained his first commission as second lieutenant on February 20, 1890. and his captaincy on June 1, 1894, and he is believed to be the youngest major in the force. The promotion, though rapid, is felt on all sides to be thoroughly deserved, and the Major has already received many expressions of congratulation.

When the New South Wales Railway Volunteer Corps was established in 1897 James was seconded from the 2nd Infantry Regiment, to be major commanding. The Evening News 6 January 1897 described the formation of the new volunteer corps:
The Governor in Council has approved of the establishment of the N.S.W. Railway Volunteer Corps, to consist of two companies, each of one captain, two lieutenants, one color-sergeant, four sergeants, two drummers or buglers, four corporals, and eighty-six privates, being 100 in a company. There will also be an 'officer commanding,' and a staff-sergeant from the Permanent Staff as instructor.

The Sydney Morning Herald obituary also mentioned James' sporting achievements when he was younger including participation in rowing and athletics clubs as well as playing Australian Rules Football.

James died at St Heliers Private Hospital, Longueville, on 31 July 1929 and was buried after a private ceremony in the Presbyterian section of the Northern Suburbs Cemetery. James Campbell Thom was 66 years old when he died after leading an extremely busy life.

He was my great grandfather.
Posted by Vicki's Blog at 22:38