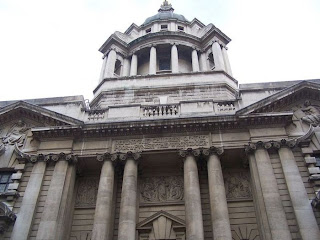 Three of the convicts in my family were tried at the Old Bailey in London -
Fifteen year old Mary Bateman was tried for theft of a silver watch in May 1788
Eighteen year old Uriah Moses was also tried for theft lace, handkerchiefs and other fabric in 1798
Twenty-three year old Richard Holland was tried in July 1806 for stealing a parcel from a cart. 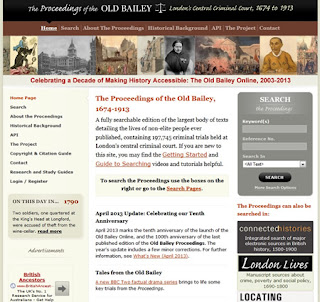 The existing copies of the Proceedings of the Old Bailey have now been available online for ten years and often provide detailed information about those tried in the court - http://www.oldbaileyonline.org 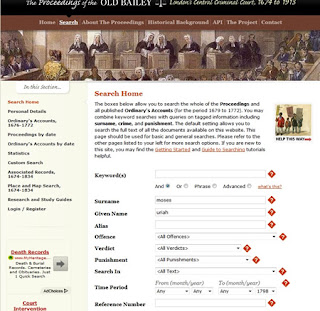 A search for the record of the trial of Uriah Moses 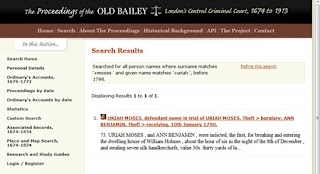 provides detailed information about Uriah, his reason for being in court and his sentence. 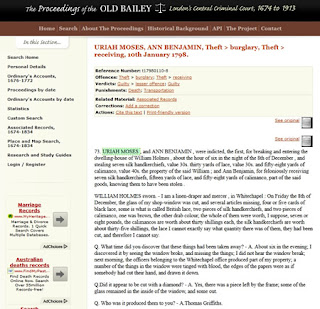 The proceedings can be viewed as a transcription of the trial or as an image of pages from the original proceedings. 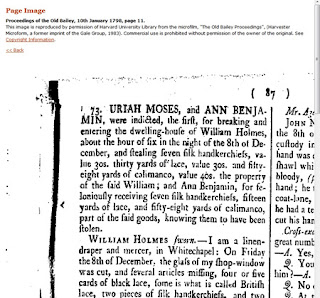