A number of Australian organisations provide information and digital resources about service people and their experiences.

The State Library of Victoria has a project to digitise World War I unit histories -http://handle.slv.vic.gov.au/10381/90000 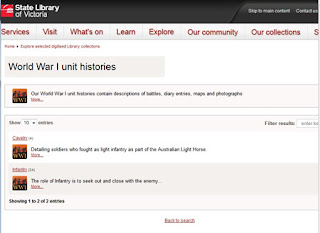 National Archives of Australia has an extensive collection of military related material. - http://www.naa.gov.au/collection/explore/defence/service-records/index.aspx 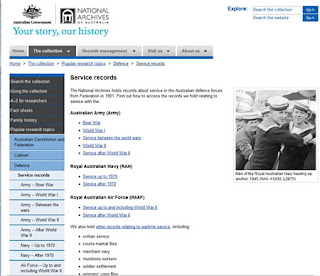 With the approach of the centenary of World War I there is an increasing interest in the history of that war. 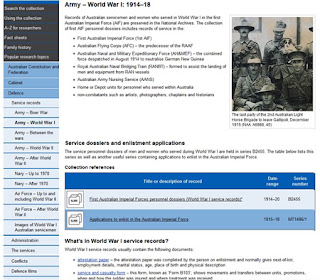 A major NAA project was Mapping our Anzacs. This has now been absorbed into Discovering Anzacs - http://discoveringanzacs.naa.gov.au/

Discovering Anzacs is a database of service people who enlisted in Australia and New Zealand and provides digital copies of their service records. Information about those who served in the Boer War will also be added. Registered users of Discovering Anzacs can transcribe records, add key data from the military records to the summary for a serviceman and upload images and stories. There is also a detailed timeline of events during the Boer War and World War I. 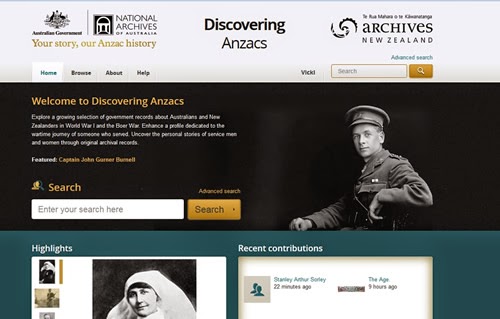 The Australian War Memorial is another essential site for information about Australian military history. - https://www.awm.gov.au/ 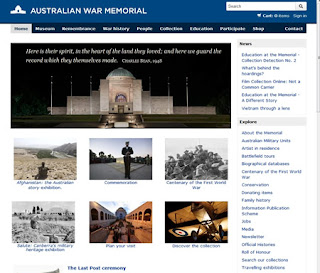 The website includes a section for those doing family history research. 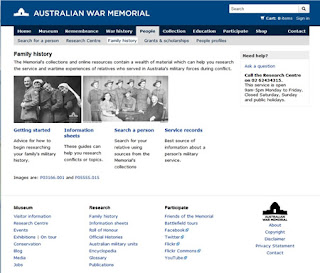 The Australian War Memorial website has digitised copies of the official histories for World War I and World War II. 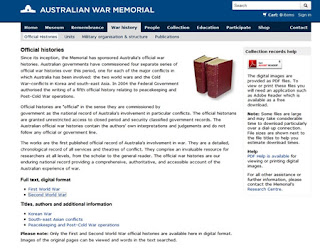 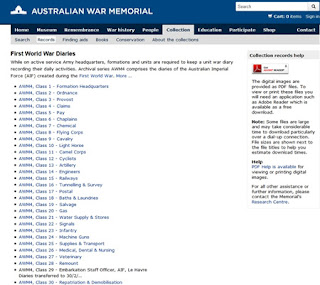 It is also possible to search for information about service people in the Australian War Memorial files. 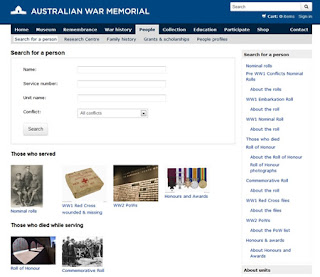 Many sites exist for recording military information. One site is Forces War Records - http://www.forces-war-records.co.uk
This British site is a subscription website containing information about British service people serving in many wars including Crimean War, Napoleonic wars, Boer War, World War I and World War II. There is no cost involved in searching the index but you need to subscribe to view the information. 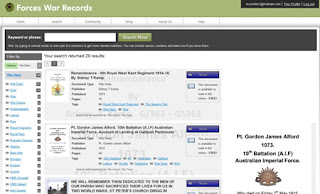 I did take out a one month subscription to view the information for some family members who served in the Crimean War. The information provided was limited, mainly where they served and any medals awarded to them. The site has a section on military medals which may be useful. -
http://www.forces-war-records.co.uk/Medals

A recent feature is the provision of war diaries that have been digitised and may be downloaded for no charge - http://www.forces-war-records.co.uk/Library/Search?category=War+Diary.
Posted by Vicki's Blog at 20:29