Unlocking family stories - Directories and gazettes and other listings

The Victorian Municipal Directory, published under various title from 1879 - 1994, provides a snapshot of towns and villages throughout the state and is a valuable resource for information about localities in Victoria, especially when entries are viewed using the 'slice of time' approach.

The above example for Ferntree Gully is taken from the 1886 directory and describes the area primarily for its scenic attractions. Population is listed as scattered. Looking at entries over five or ten year time frames shows how an area developed or declined.

Sands & McDougall directories (Sands & Kenny in NSW) provide an annual record of where people live which can be extremely useful when tracing the movements of a family. Large or special libraries such as the State Library of Victoria and Royal Historical Society of Victoria have complete or near complete collections. Many public libraries have Sands & McDougall directories on microfiche. Copies of some of the Sands & Kenny directories for NSW are available on Ancestry.com.au until the early 1930s. 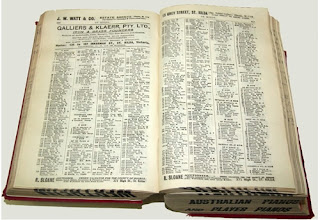 The Victorian Government Gazette published from 1836 to 1997 is available online via the State Library of Victoria website - http://gazette.slv.vic.gov.au. The gazettes provide access to official information published in and about Victoria. 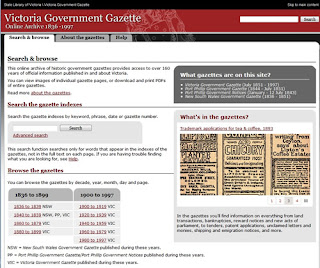 Another resource to be aware of, though not a directory, is rate books. Local councils recorded information about the owners of properties, the occupier, location of property, description (especially any improvements) and property value. Rate books can often be viewed on microfiche at a public library or historical society. Some rate books may have been forwarded to the relevant state archives.

Electoral rolls are also a valuable resource for locating where a person lived at a particular time and also other details such as occupation. 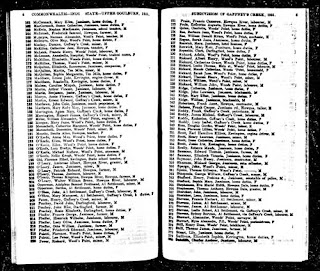 A selection of electoral rolls from 1903 to 1954 can be viewed on Ancestry.com.au.