Agnes Campbell Thom was born in Burwood, New South Wales, on 4 July 1891. Her father was James Campbell Thom and her mother was Annie Smith. Agnes had an older brother, Alec Osborne Thom (1888-1970), and sister, Nellie Lamrock Thom (1890-1955). Her younger sister was Enid Campbell Thom (1897-1979) while a younger brother, William died as a baby in 1898. Initially the Thom family lived in a house named, Dunoon, in Eurella Street Burwood. They later moved to a house named Camelot in Forest Road, Rockdale. When Agnes was married in 1914 the reference to her father was that he lived at Glenbrook in the Blue Mountains (possibly in another house named Dunoon). 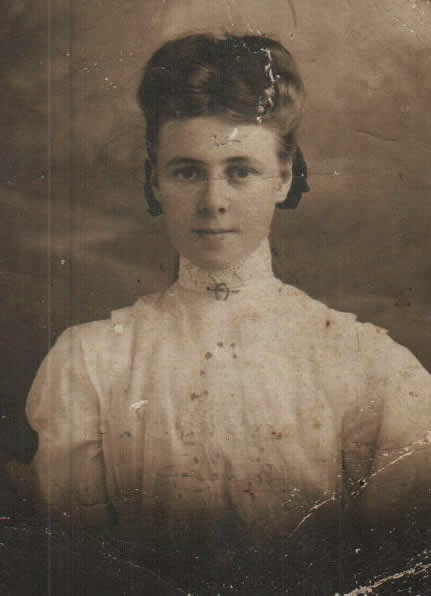 Agnes' father was a solicitor and for ten years was the Solicitor for Railways for New South Wales before returning to private practice. We do not know anything about Agnes' early life but can surmise that the family was comfortably off and that the children would have had, at the least, a basic education. We know that Alec attended Sydney University and became a school teacher.

Agnes was not the name favoured by my grandmother so she was referred to by most people as Fairy and to her grandchildren she was always Granny Fairy. I understand that Dutchie was a name also used by some family members. In a letter written in 1982 to my father, the cartoonist and friend of my grandparents, Syd Miller, wrote about the fury that would follow if he referred to my grandmother as Agnes instead of Fairy. He commented, 'She refused to be called Agnes by anyone'.

On 29 January 1914 when Fairy was 22 she married Reginald John Henry Moses (born Henry John Moses). They were married at St James' Church in King Street Sydney. Reg was a journalist and at the time of their marriage was editor of a Sydney weekly sporting newspaper, Saturday Referee, published from 1912-1916, when it became The Arrow.

On 4 September 1918 their second son, Kenneth Campbell Moses was born at Montrose Private Hospital, Gordon Street, Paddington.
At one stage the family was living at 49 Carabella Street in Milsons Point and in 1930 they were living at 91 Springdale Road, Kallara. Family holidays were often spent at Cobbity and Woy Woy. During the Depression there was a dispute with a family member concerning the house in which they lived resulting in the loss of money and the house. Consequently from 1933 to 1936 the family lived at 69 Wood Street, Manly. 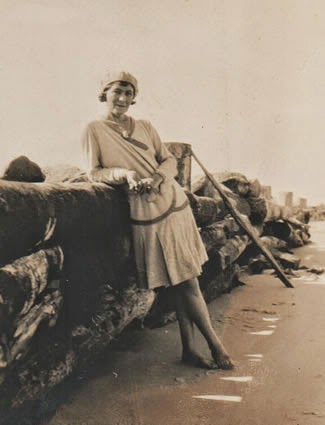 Syd Miller wrote about some of the excursions that he and his wife with my grandparents used to take in a 1927 Buick Roadster.


We thought frequently of the families back home but at least one of us would say or think, "All that has been arranged, they are being looked after by sensible and mostly (if not relatives) well-paid people - you know, you look after mine, I'll look after yours. It often depended on who got in first with the request. Still works that way, I suppose - later as the years progressed we'd say or think, "They're old enough to look after themselves." In modern parlance: "She'll be sweet, mate."

In the 1920s Reg, referred to as Mo in many of his articles, worked for the satirical newspaper, Smith's Weekly. In the book, The sea coast of Bohemia, Peter Kirkpatrick commented that not all of the Smith's Weekly staff were, of course, Bohemians. "Still the paper remained a focus for many of those who chose to be unconventional in whatever way, and commentators have continued to group its push of artists and poets under the Bohemian label." (page 115)

We do not know for certain the extent to which Mo and Fairy were involved in Sydney's Bohemian scene in the 1920s and early 1930s however the tone of Syd Miller's letter, including the statement that the 'Mos' and the Millers frequently journeyed together in the car and liked to go 'from pub to club,' plus the fact that Kirkpatrick listed Reg Moses in the list of biographical sketches at the end of his book suggests that there was some involvement. Kirkpatrick's book also describes the activities of Smith's Weekly staff at hotels, balls, parties and other functions. Friends of Mo, including the poet Kenneth Slessor, were among those listed with involvement in the Bohemian scene in Sydney. The annual Artists' Masquerade Ball held at the Sydney Town Hall to raise money for the Red Cross and other charities was a major social event and it is probable that Mo and Fairy would have attended one or two of them.
On 3 April 1936 Reg Moses died from pneumonia. Fairy, now 45, needed a job to support herself and was offered a position at the Daily Telegraph library by Frank Packer. She worked in the library for many years and, as the photo below shows, had a team of women working with her. In the pre-computer age keeping and organising copies of all articles published in the newspaper was an important task. The articles were a valuable reference source for newspaper staff.
Fairy later lived at two other addresses in Manly before moving to 4 Fairlight Crescent, Fairlight in the 1950s. Later she lived in a house at 89 Raglan Street Mossman with her sister, Enid. A later address was 39 Boyle Street Balgowlah.

Fairy always dressed well and I have been told that wherever she lived she always had a well kept garden. As we lived in Melbourne we only saw our Sydney family for a few days when we were travelling to visit my mother's family in Queensland. Although Fairy did not see her grandchildren often she was always interested in what we were doing and kept track of all the milestones. I remember receiving on each birthday and at Christmas a card with a ten shilling note from Granny Fairy. She also wrote a letter of congratulations to me when I received my matriculation results at the end of secondary school and again when I completed my librarianship training. At the end of 1972 I received another letter saying how pleased she was that I had completed a Bachelor of Arts degree. She explained that my grandfather had a Bachelor of Arts degree from the University of Sydney and, at that stage, I was the only other member of the immediate family to have attended university.

Agnes Campbell Thom was my grandmother.