Although I have mentioned using Google Maps as a research tool in other posts, it may be useful to look at how it can be used in a little more detail.

Recently I was writing a post about my great (x4) grandmother, Kezia Brown, and decided to check in Google Maps the village where she lived. The village is Severn Stoke in Worcestershire. 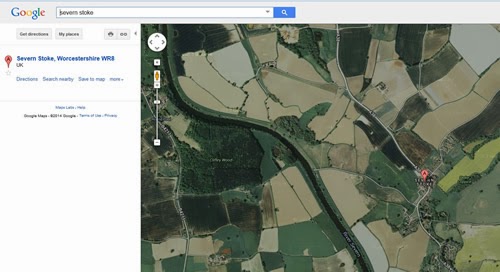 After searching for Severn Stoke I clicked Maps. Part of the map appears above with the red marker showing the location of the village and its surrounding countryside. The slide on the left of the map allows you to zoom in for a closer look at the image. 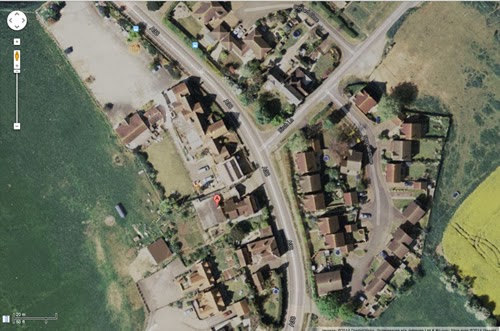 Dragging the 'yellow man' at the top of the slider and positioning him on a street allows to to have a street view of the village. 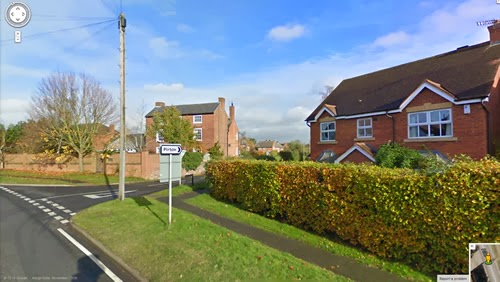 A white arrow appears and dragging the arrow allows you to 'walk' along the streets.
When exploring the village I saw a church in the distance and turned down the next road to locate the church where Kezia was baptised and where her parents were married. 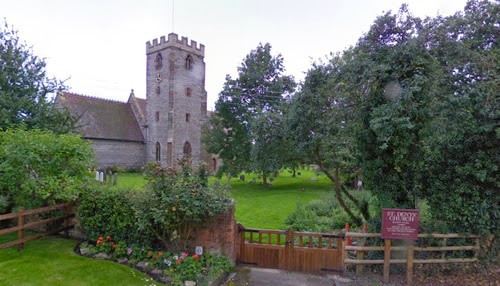 Members of Kezia's family would be buried in the cemetery in the church grounds.
If I had typed in St Denys Church Severn Stoke into the search box the red marker would have located the church. If the red marker is not obvious on the screen you can use the cursor, or depending on the computer or device use the touch screen,  to drag the map to have a look at parts of the image not readily visible.

Kezia left home when she was about 18 and travelled to the town of Gloucester. Google Maps can help you locate the distance between locations. 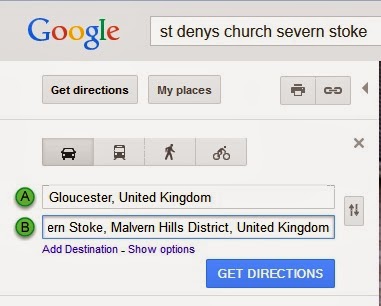 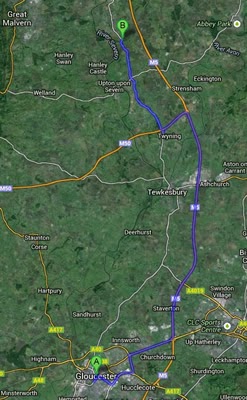 Google Maps shows the possible route between the towns. The roads would have been different two hundred plus years ago but an indication of possible routes is provided. 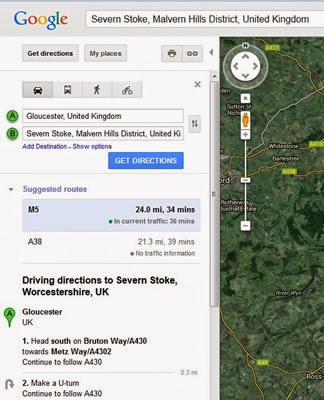 In the panel on the left of the map one set of directions is provided. However what I found useful was the number at the top of the directions which indicated that the distance between the two locations would have been 24 miles. This provides an indication of the journey undertaken by Kezia to travel to Gloucester in 1789.
Posted by Vicki's Blog at 22:46