On 24 October 1873 George Guest, aged about 18, stole ten live pigs plus a chestnut mare as well as other goods from John Hathaway and Thomas Wills. This action led to his trial at the Gloucester Lent Assizes on 24 March 1784 where he received the sentence of the death penalty. This sentence was reprieved to seven years transportation to America, later changed to New South Wales. George travelled to Australia on the First Fleet aboard the ship, Alexander.(1) 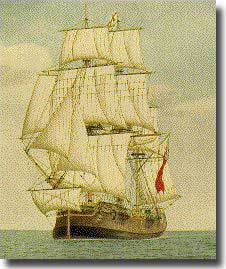 George's occupation, before his arrest, was listed as a labourer so he may have been better suited to the tough conditions of building a new settlement in the bush than some of his fellow convicts. On 7 January 1790 he left Port Jackson aboard the ship, Supply, for Norfolk Island where, after completing his sentence, he established himself as a major landholder on the island.

When George and his family left Norfolk Island aboard the Sydney in September 1805 for Hobart Town, he left the island with the understanding that he would receive two acres for every acre of land he owned in Norfolk Island plus compensation for the his livestock and house. George did receive grants of 400 acres in the new colony and in New South Wales (2) and the government purchased a proportion of his sheep. However George never felt that he had received his rightful entitlement and spent much of the rest of his life presenting his case to governors and government officials.(3)

Despite his perceived problems George did own substantial land holdings in Hobart and at Risdon across the river. In the 1820s he was the owner of the Seven Stars, an inn in Campbell Street Hobart Town plus other land in the vicinity.(4) He also owned a property in Pitt Street, Sydney as well as other property in New South Wales.

George died in Hobart Town on 22 March 1841 and his headstone can be found on a wall at St David's Park, Hobart. 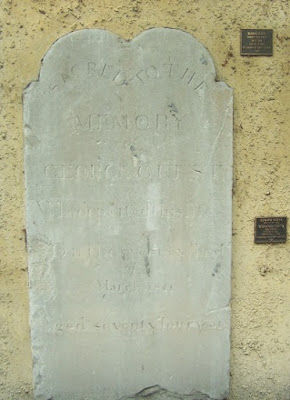 References and credits
Posted by Vicki's Blog at 14:21