Looking after special items in collections

For Christmas my family provided the money for me to order, from Archival Survival, some polypropylene boxes, polyethelyne bags, acid free card, photo hinges, tissue and labels to begin storing some of the special items in my family history collection.

The first project was to safely house copies of the Argus newspaper from the early to middle 1950s, some copies of the Australian Women's Weekly published around the time of the Melbourne Olympic Games in 1956 plus a few copies of the new Smith's Weekly which made a short reappearance in the 1968. My father was a sports journalist on The Argus until its closure in January 1957 so the newspapers, especially the articles in the years leading up to the staging of the Olympic Games in Melbourne, are an important part of his story. 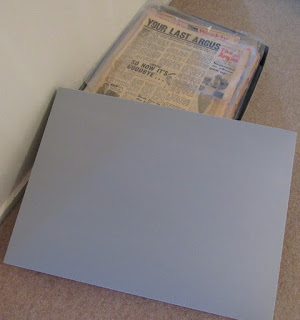 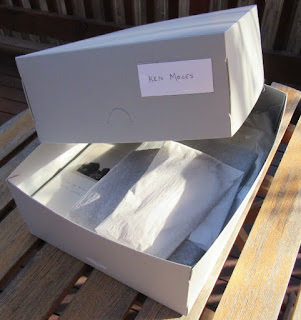 I purchased one A2 box for the newspapers but also purchased five A4 boxes for other collection items. A label holder is attached to the outside of the box indicating the main contents of the box. In time a contents list of items in the box will also be prepared. 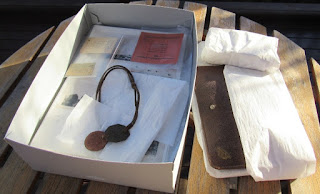 The first project with the smaller boxes was to safely store items relating to my father and World War II. One of the objects was a wallet that I used for one of the projects in Image, Place, Object, one of the subjects in the University of Tasmania Family History course. A copy of the piece that I wrote about the wallet can be found in my Exploring Military History blog. This post describes some of the other items now stored in this box.

The wallet, dog tags and negative wallet were wrapped in acid free tissue paper. Ephemera such as tickets were housed separately in small polyethelyne bags from another project as were telegrams and correspondence. Fragile items were supported by acid free card. 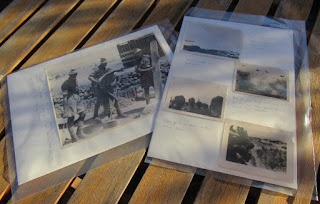 My father helped write the book, White Over Green, the history of the 2/4th Battalion. A collection of photographs was sourced for this project and Dad kept a few of them which have now been attached to acid free card with acid free photo corners. When information about the image is known I have added this in pencil. The sheets of photos are stored in polyethelyne sleeves and then placed in the box.

Project 2 will be to store other material relating to my father including his involvement on the Publicity Committee for the Melbourne Olympic Games and the the 1956 Olympic Games in general. The other three boxes will be used for storing material relating to other major family history projects I have recently researched. I will then need to order additional boxes and supplies from Archival Survival - maybe the family can fund this project for my birthday.

NB: If you have problems assembling the polypropylene boxes leave them in the sun for a short time, which makes them more pliable, and then assemble them. Apparently a hairdryer on low can also help, though I have not tried this.
Posted by Vicki's Blog at 21:58