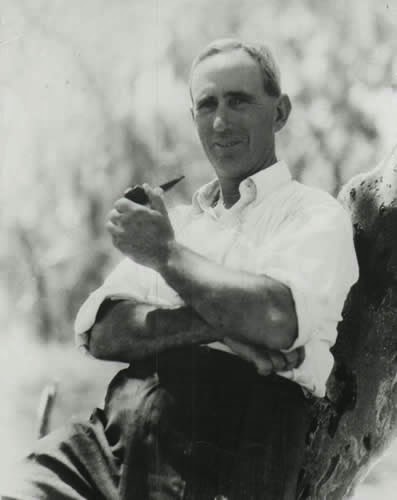 Arthur Brougham Lord was born on 25 December 1893 in Gympie, Queensland, where his father, Alfred Percy Lord was manager of the Australian Joint Stock Bank. His mother was Catherine Anna Louisa Hillcoat.

The banking crisis in Australia in the 1890s resulted in Arthur's father leaving the bank shortly after Arthur was born. Alfred then invested in and managed a number of properties in New South Wales. He also purchased a house in Sydney, firstly in Lane Cove and then in Hunters Hill where Alfred, Catherine and the two younger boys lived. Arthur therefore spent his early life in Sydney though he probably also spent some time visiting the family properties.

On 5 July 1918 Arthur enlisted in the A. I. F. at the Central Enlisting Depot in Sydney. The enlistment papers show that he was 5 foot 7 inches tall and had brown eyes. His occupation was listed as grazier and his address was Victoria Downs, Morven, Queensland.  On 5 November 1918 the military documents show that Arthur was a private stationed at the Liverpool Camp. he did not server overseas.

Victoria Downs was a sheep station purchased in 1911 and managed by the Lord Brothers, including Arthur. Although Victoria Downs initially belonged to all the sons, Robert and Arthur were the two brothers who lived on the property until 1922 when Robert bought out the shares to the property from his brothers.

On 1 February 1922, at St John's Church, Darlinghurst, Arthur married Nancy Hazel Hutton. Initially they lived in Manly while Arthur decided their next move. An article in The Queenslander in September 1923 reported on a group, including Arthur Lord, exploring the Gulf Country in Far North Queensland looking for suitable property to purchase. However Arthur returned to south west Queensland where he purchased Metavale, near Cunnamulla, in March 1924.

Arthur and Nancy's son, Michael Arthur Balcombe Lord was born in Sydney in January 1923. A year later the family moved to Metavale - a 56,000 acre sheep station. Three years later their daughter, Rosemary was born in Charleville. 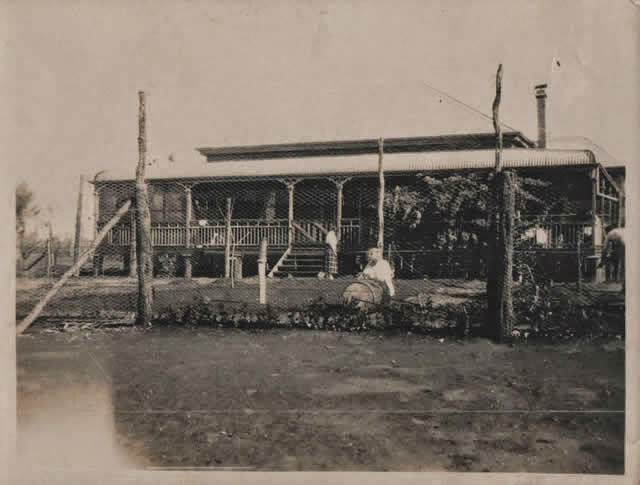 The family lived at Metavale until 1947. Many challenges were faced trying to make a living in this dry part of Australia. The Depression of the 1930s plus prolonged droughts added to the stress of farming in south west Queensland. After twenty-three years Arthur sold the property and purchased a small property (220 acres), this time in south east Queensland. Beriley was a short distance from Toogoolawah and lucerne and potatoes were the main crops grown. Later, crops of carrots, turnips, onions and beets were also planted. There were also dairy cattle and pigs. Having water to irrigate and grow crops must have been quite a change. The farm also had electricity.
The house on the property was very much in need of attention when Arthur and Nancy moved to Beriley. During the next five years they restored the house and created a garden.
In 1954 Beriley was sold and Rosemount, a dairy farm between Woodford and Kilcoy was purchased. Running a dairy farm meant getting up early in the morning to milk the cows with a second milking due in the late afternoon. The cream was separated from the milk and sent in churns to the local dairy. The remaining milk was usually fed to the pigs. Rosemount with its green paddocks and the creek not far from the house provided a very different environment from the sparse vegetation of Metavale.

When Robert Lord died in 1938, Arthur became chief trustee of the Victoria Downs estate until 1970. This meant frequent visits to the property as well as working on accounts etc at home at his roller door desk.

Arthur was interested in sport, especially cricket. At Rosemount, during the summer the radio would be on broadcasting a cricket match - either Test Match or Sheffield Shield - or the tennis. When living at Victoria Downs cricket games would sometimes be arranged between Morven and teams from other districts. On 12 November 1922 Morven defeated Mitchell by 11 runs. A detailed article in the Mitchell News (20 November 1922) showed that Arthur had taken three wickets and made five runs.


Arthur always made time for his grandchildren and I remember him sitting on the verandah with the old wind-up gramophone playing records for us such as Teddy Bear's Picnic. We were always allowed to visit the milking shed to watch the cows being milked. From there we would go to the pig sties where the pigs were being fed. After breakfast was the time to relax - sitting on the verandah steps, sometimes eating watermelon - and just talk.

In the mid 1960s Rosemount was sold and Arthur and Nancy moved to Buderim on the Sunshine Coast. Initially they lived in a house named, Nandina, in Clithero Avenue before moving to Buderim Gardens Retirement Village. Arthur died on 18 June 1988. He was 88.

Arthur Brougham Lord was my grandfather.
Posted by Vicki's Blog at 18:15